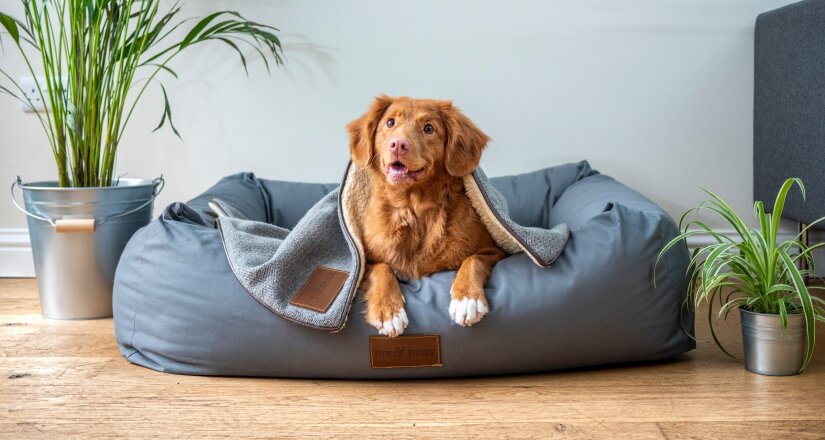 Did you know that healthy female dogs typically go into their reproductive cycle about twice each year? You may still wonder how you can determine when your dog is “in heat” and ready to give birth to a litter of puppies.

If your dog is in heat, it’s essential to optimize its health through options such as natural products for canine care. You may also consider plant-based herbal extracts for dogs to boost your canine’s general wellness.

Recognizing the signs of a canine ready for breeding is only part of the process of canine pregnancy for dog owners.

It’s also critical for you to know the basics about dog pregnancy and delivery, so you’ll know what to expect and be prepared.

What Are Dogs in Heat?

A dog in heat or season refers to the “fertile period of a dog’s cycle when they can get pregnant,” according to the People’s Dispensary for Sick Animals (PDSA).

During this timeframe, the female dog will exhibit different behavior and become interested in male dogs.

Dogs typically have their first heat cycle when around six months old. However, it can be as late as 2.5 years old. For example, giant breeds may not experience their first season until 18 to 24 months old.

Many experts recommend not breeding young female dogs during the first and second cycles.

Here’s the reason. The eggs are not mature yet, and the dog has not become fully grown. A veterinarian can help to determine if your canine is mature enough for breeding.

After their first season, most female dogs are in heat every six to seven months, or approximately twice per year.

As dog’s age, they usually experience wider gaps between their seasons, although the process continues throughout their lives.

The exception is if the dam is spayed, the seasons stop entirely, and she cannot become pregnant.

Signs, Symptoms, and Behavior of Dogs in Heat 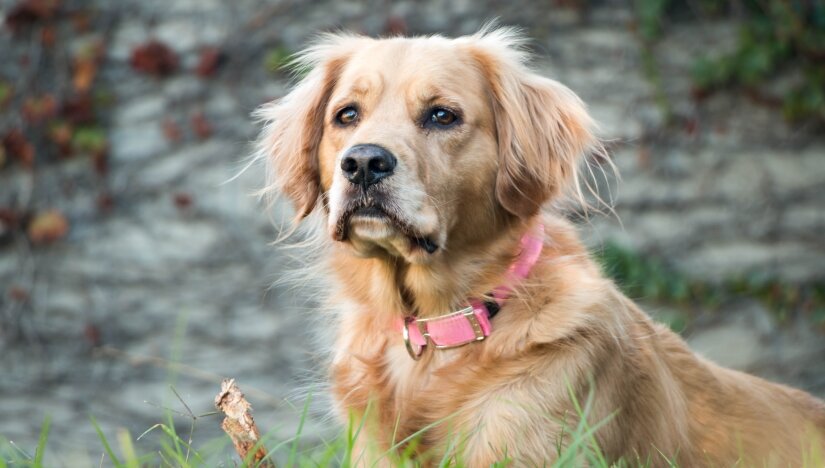 Your dog won’t experience pain while in heat. Still, she may feel “uncomfortable, unsettled and ‘under the weather,’” according to the PDSA.

Here are some of the primary signs and symptoms of dogs in season:

For example, a study published in the PLoS One journal investigated the purported tendency of dogs to mate during rainy weather.

The researchers noted that several species of mammals exhibit “reproductive synchrony,” so breeding occurs in optimum conditions. The objective is to optimize the likelihood of the offspring’s survival.

The researchers conducted two sampling exercises. One exercise conducted a one-year population-level census. Meanwhile, the other exercise monitored a dog group for four years during the monsoon season.

The researchers reported that the monsoon group displayed monsoon-related behaviors (MRB) each year for four years, initially in June.

The frequency of MRB was greatly dependent on the amount of precipitation during a particular day.

The researchers hypothesized that the MRB of the study’s free-ranging dogs was seasonal, indicating a close connection to precipitation levels.

More research is warranted to analyze the impact of other factors affecting the seasonal mating of dogs. 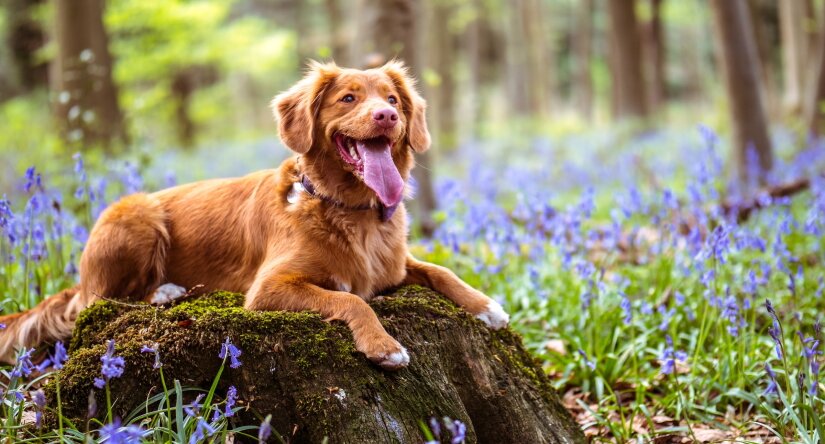 Dogs in heat experience various hormonal changes that are particularly related to estrogen hormones. According to the American Kennel Club, estrogen “prepares the reproductive tract for breeding.”

Estrogen is a steroid hormone primarily manufactured in the ovaries.

For example, the vagina thickens, and the red blood cells undergo diapedesis. Diapedesis is the movement of blood cells through the capillaries’ intact walls.

A surge in luteinizing hormone (LH) levels also occurs due to dams in heat.LH is defined as the “biological trigger for ovulation in mammals,” according to the American Kennel Club.

One symptom is the dam will have swelling known as edema and dark red bloody discharges.

As estrogen levels drop and levels of progesterone hormones increase due to the LH surge. Progesterone is a hormone produced by the dog’s ovaries and placenta that assists in maintaining pregnancy.

Before the LH surge, the dam will have considerable edema, or swelling, and dark red bloody discharge.

The day of the LH surge may produce behavior changes during “Day 0.” Meanwhile, male dogs typically show interest in the female several days after the LH surge.

Dog owners and breeders should record the dam’s cycles that occur before breeding. Record the first day of heat, display “standing heat” by standing and wagging her tail to one side, and when the female suddenly loses interest in breeding.

Care Tips for Dogs in Heat 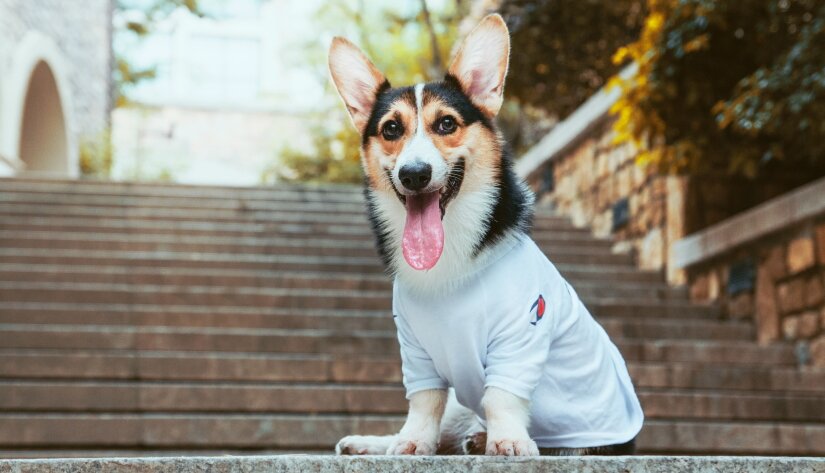 During the season, your dog will feel irregular hormonally and likely somewhat confused while in heat.

Try to maintain a happy dog by keeping her distracted. For instance, you can play games and give her activities, such as playing with her favorite dog toy.

You can also take your dog for a walk but keep her away from other dogs to help her stay calm and relaxed.

Your dog’s instinct will be to mate while in heat. If you intend to prevent unwanted pregnancy, supervise the dog the entire time the dam is in season. Here are some tips:

Tips to Prevent Bleeding in the House

You can take some fundamental steps to help limit or prevent bleeding in the house when your dog is in the heat: 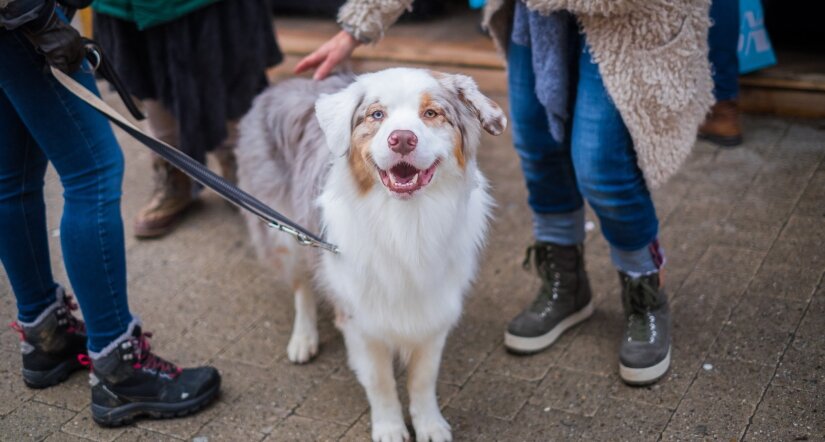 Here’s an overview of a canine’s reproductive cycle.

Healthy female dogs go into heat around every six months. However, various factors can affect the frequency, including the dog breed and individual dog.

For example, smaller breeds may go into the season as frequently as three to four times per year. Meanwhile, large dog breeds like Great Danes and Saint Bernards may go into heat every 12 to 18 months.

The heat cycle includes four stages and typically lasts from “18 to 21 days,” according to the American Kennel Club. These stages can help breeders determine the ideal time to breed their canines.

Here are the four stages of a female dog’s reproductive cycle:

This stage lasts around nine days and is the first stage of the canine’s reproductive cycle. The female begins to attract male dogs, although they’ll reject them until stage two.

The signs of proestrus include swelling of the vulva and a bloody discharge.

After a dog’s estrus starts, it may take up to 18 months until the dam’s heat cycle becomes regular.

Estrus can last as short as three to four days and up to seven to 11 days. The bred female dog is receptive to the advances of the stud.

If you want to optimize your dogs’ breeding, consider requesting a veterinarian to collect vaginal smears and conduct blood tests during the first two pregnancy stages.

Indicators of proestrus include a soft, enlarged vulva and a discharge lighter in color and volume. 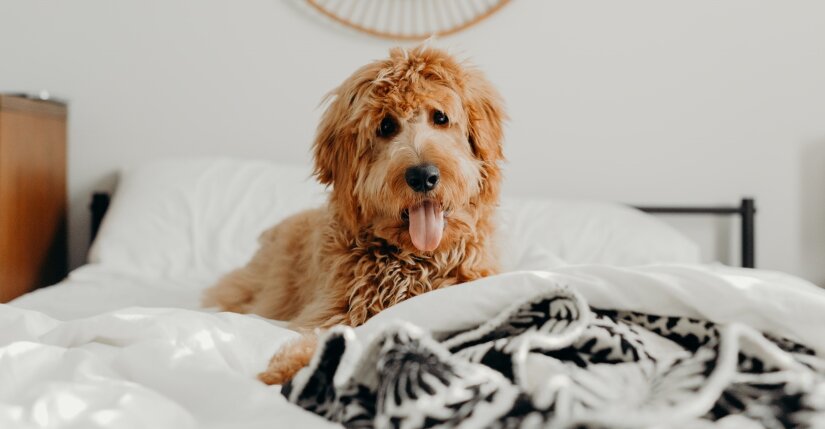 This stage is the last one of the reproductive cycle. It usually occurs around day 14. The dam’s discharge becomes redder during this stage and tapers off. Meanwhile, the vulva returns to its normal status.

The female also won’t allow mating during the Diestrus stage. When indicators of the discharge and swelling are gone, the heat is also gone.

This phase is the timeframe between two consecutive heat cycles and typically lasts about six months.

A good understanding of the dog’s heat cycle can provide some key benefits. It can help determine the length of a pregnancy.

For example, as a breeder, you can monitor and track the dam’s heat cycle and breeding period to determine the conception date.

Relationship of Length of Cycle to Fertile Period

Female dogs can become pregnant anytime during their heat cycle, although fertility is greater during particular stages.

Dams typically are most fertile during the last three or four days while they’re in heat. Female dogs tend to follow a similar pattern during each heat. As a breeder, you should monitor and record each heat.

In particular, observe the length of estrus to determine when to begin testing progesterone levels.

Keep in mind that some variation can exist in a dog’s heat cycles.

How to Time Ovulation Effectively 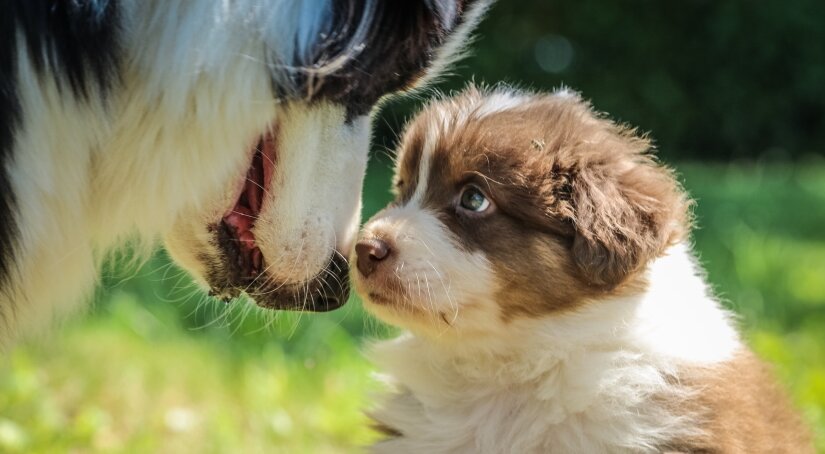 Breeders should review the dam’s heat cycle with their veterinarian to plan when testing of progesterone levels ought to start. Share behavioral changes you’ve observed in the dog.

In some cases, a dam’s family line is similar, which can help predict ovulation timing.

One of the primary errors dog owners make in terms of ovulation timing is stopping testing too soon, according to the American Kennel Club.

Indicators That Your Dog Is Pregnant

Determining whether a female dog is pregnant can be a complex process. You’ll likely need to visit your dog’s veterinarian to determine if you should prepare for pups.

During the visit, tell the animal doctor when your dog was bred or an estimate. The reason is pregnancy testing methods for canines are time-sensitive.

Here are four of the most prevalent tests:

This method is the least expensive and the most convenient one to diagnose dog pregnancy. Fluid-filled sacs develop in membranes surrounding the developing fetuses.

The sacs are felt approximately three to four weeks during gestation. Following a month of gestation, the sacs lose their precise shape. Meanwhile, the uterus develops a fat-like texture.

Veterinarians can run tests for the hormone relaxin to determine if the dam is pregnant. The dog’s placental tissue releases relaxing hormones during pregnancy, making the hormone test a relatively precise diagnostic test.

However, one caveat is the dam must be a minimum of 30 days into her gestation period to make this test accurate. Tests conducted before then may produce a false-positive result.

Breeders can use X-radiation tests (X-rays) to determine the number of babies in the dam’s litter. X-rays become more effective in the pregnancy’s later stages.

That’s because the fetal spine and skull become visible in X-ray images between days 42 through 45.

Veterinarians will have an accurate count of the number of expected puppies following day 55 of the pregnancy. 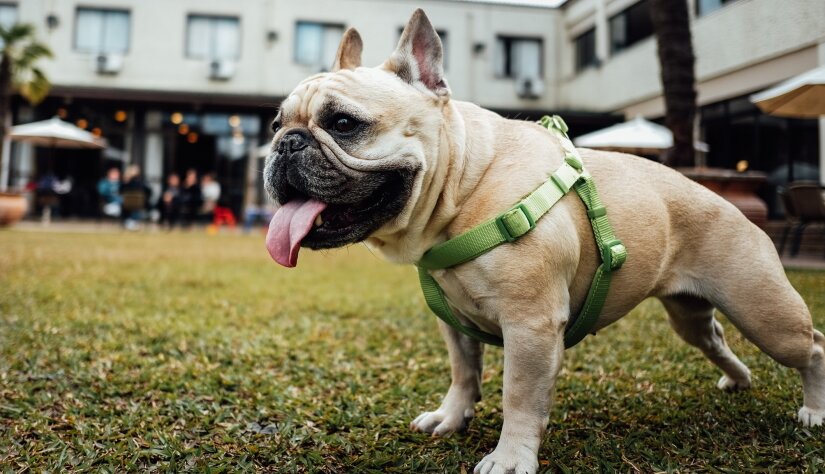 1. Do I have to change my dog’s food intake while she’s in heat?

Consider talking to your veterinarian about whether you should change aspects of your dog’s daily diet, such as the amount or type of food consumed.

2. Can a dog become pregnant if it’s not in heat?

No, but a dog in heat may display different behavioral changes. It’s essential to learn your dog’s reproductive cycle, so you’ll know the approximate time the female dog will be in heat.

3. Does my dog need to be in heat once before being spayed?

No, most dogs do not need to be in season before being neutered. However, since each dog is unique, talk to your dog’s vet before having them spayed.

4. When is a vulva overly swollen for a dog in heat?

The amount of swelling in the vulva during the season varies for each dog. However, if the dam experiences pain or discomfort, then you should seek advice from your veterinarian.

5. Is a white discharge from female dogs in heat normal?

No, this can be a sign of an infection, so you should schedule an appointment with your dog’s veterinarian.